Ideas Won't Work Unless You Do

My guest this week is Tom Rizzo, author of Last Stand at Bitter Creek, a historical adventure novel.

Generating fresh ideas is important, no matter what we do. But, for a writer, they represent the fuel of the creative engine. When the idea tank hovers around empty, it's time to head in new directions to kick-start the creativity process. Generating fresh ideas can be challenging, but they're all around us if we remain observant, aware and curious.
Open a file and write the headline: 30 Ideas to Write About in the Next 30 Days. A friend of mine uses this technique. “You sit there until you get 30 ideas,” she said, without a smile. “I don’t move, I don’t get a cup of coffee, I sit and think, and start writing.” Personally, I find it frustrating, but it might work well for patient types.
Read blogs, news sites, comments posted by others responding to online articles, Letters to the Editor of daily newspapers. There's often a wealth of ideas in various sections of online foreign newspapers. Browse through print magazines, too—any of which could offer a treasure trove of ideas.
Meet with friends over coffee, lunch, or a sports activity, and share viewpoints on recent news stories, or business ideas, or off-the-wall topics. You’ll be surprised how simple conversation can evolve into a rich source of ideas to write about. 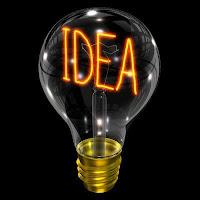 Surf Internet sites for ideas. When gathering material for my novel, LAST STAND AT BITTER CREEK, I spent my Internet time learning everything possible about the mid- to late-1800s. Historical accounts, and true-life adventures sparked dozens of ideas. Not all usable, of course, but many of them adaptable in some form or fashion.
Drive somewhere. Travel to the heart of your own city, or another community. Park the car. Walk. Listen. Observe. Drop by a local coffee shop, or corner restaurant, and either eavesdrop, or start a conversation. Ordinary, and not-too-ordinary, people are among the best resources you’ll encounter when you thirst for ideas to write about.
Buy a copy of ATechnique for Producing Ideas. This 62-page booklet, by James Webb Young, is an advertising classic that provides a simple five-step process to generate ideas.


These are just a few ways to fire your imagination, to think sideways, or outside the box, in an effort to peek at life, and your surroundings, through a fresh perspective. You’ll soon find that patterns start to develop. Ideas begin to cross-pollinate. One idea leads to another to another. Getting ideas is a process of discovery.
"Your job isn't to find these ideas but to recognize them when they show up," writes Stephen King, in On Writing.
Simply stated, throw the rules out the window when you’re on the hunt for ideas to write about. Unleash your acceptance mode, and new avenues will open.
________________
Website: http://tomrizzo.com/
Blog:      http://www.tomrizzo.com/blog/
Book Trailer: http://www.youtube.com/watch?v=n6Tw-YqS80A&feature=youtu.be
Email: tom@tomrizzo.com
Bio 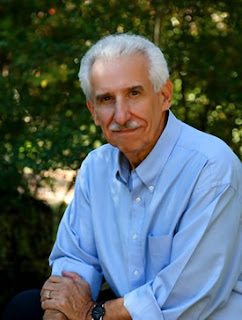 TOM RIZZO is the author of LAST STAND AT BITTER CREEK, a historical action-adventure novel set in the mid- to late-1800s.
The creative writing bug bit Tom early in life when he worked at a small radio station, writing news, sports, commercials, obituaries, and anything else that needed written.
His writing career includes several years in radio and television news reporting, and as a correspondent for the Associated Press. After a few years for Wall Street firm, he worked in advertising, and public relations.
As a freelance writer, Tom published hundreds of articles, developed sales and marketing copy, and conducted workshops on communication skills. He now writes fiction fulltime.
“I can’t imagine not being a writer.”
He grew up in central , and lived in for several years, where he prowled the side streets of and southwest , searching for literary treasures in dark and dusty bookshops. He now calls , home.
Book Blurb
In LAST STAND AT BITTER CREEK – a historical, action-adventure – burned-out Union Army spy Grant Bonner puts his life on the line in the face of overwhelming odds to clear his name. Desperate to put his days as a Union spy behind him, Bonner also seeks peace and a new beginning. But he agrees to one last mission that gets him entangled in a malicious scheme devised by a ruthless enemy, involving . . .
§      A patrol of soldiers massacred.
§      A hidden gold shipment missing.
§      A priceless historical document stolen.
The mission is compromised and Bonner is entangled in an intricate conspiracy. Ambushed and left for dead, he recovers only to learn his battle for survival and justice has just begun.
An undercover agent is on the run, the target of a manhunt across the Midwest to the .
After several years on the run, and still a wanted man, Bonner emerges from hiding, and realizes that for some soldiers, the war isn’t over. And won’t end, until he makes his . . .  LAST STAND AT BITTER CREEK.
Posted by Ellis Vidler at 9:54 PM

Great points Tom, and thank you to Ellis for hosting today.
Tom's book is well researched right down to phrases.
Last week I went to Navy Pier and have a bag full of ideas about a place I've been to a hundred times.
Best,
Una

Hi Una -Thanks for the comment. It's always amazing to return to somewhere so familiar for new perspectives and fresh ideas.

You made some excellent points, Tom. I get my best ideas in bed or when driving alone in my car. I have no idea why. Things seem clearer and the ideas come more easily. I've also had ideas materialize when reading someone else's book. Never the theme of the book I'm reading, but there might be a word or thought that springs into an idea to develop. Kind of a "what if" situation. Ideas aren't the problem for me. The time to write them is.

Thanks, Ellis, for bringing another very interesting guest post. And thanks, Tom.

Great article, Tom, thanks. Nothing beats actually getting out into the big wide world and experiencing life, people and situations. There is a wealth of inspiration just outside your front door!

It's a good idea to be disciplined and sit thinking of 30 new ideas. That is a lot isn't it! I might come up with 15 but I'd struggle at 30 unless I had lots of stimulation.

Cherie, Walking out the front door and into the land of inspiration os indeed key to cranking up the idea engine. And, Star, 30 ideas - as far as I'm concerned - is huge and I think it's a bit of a struggle too.

Tom, you have some good suggestions. I like people watching for ideas, in malls, hardware stores, city streets--you find such interesting faces (and sometimes outfits). I imagine their stories.

Thanks so much for being here this week.

Fantastic! Love the 30 idea technique and will try. Like forced brainstorming. And Stephen King's On Writing is an excellent book for writers of all levels. Tom's book sounds exciting and I havent gotten into historicals yet - but this may be a new trend for me

Hi Ellis--Thanks so much for inviting me as your guest. You have such an engaged audience; I'm impressed by its level of participation.

Donna--Good luck with the 30-idea technique. Yep, guess it would be like forced brainstorming. Thanks for the comment on my book. And I hope you like it if you decided to dip your toe into the genre.

I like the 30 idea exercise. Not sure I'd make it to 30, but it would get the literary juices flowing!
Nice Post, Tom.

Thank you for the ideas on idea generating. I frequently find the "drive somewhere" approach effective, but I'm happy to have some others to incorporate as well.