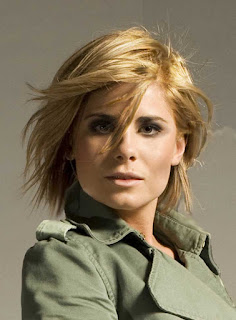 FREE for Kindle September 24 and 25, 2014
Alex, the artist. After a tree falls on her house, she joins her aunt on an unspoiled island, but something wakens her family psychic streak. She draws eerily accurate scenes of violence, but she knows nothing about them.
Connor, the prosecutor. He’s building a case against a drug lord one piece of evidence at a time. For him it’s personal, and he can’t risk a relationship with a witness, especially a psychic who’ll blow his case out of the water.
Rollins, the killer. He’s a cog in a much bigger wheel, and the witness to his acts of violence threatens his operation and his life. He’ll do anything to see that doesn’t happen.
When violence is near, Alex is compelled to draw the scene. While she relaxes on an unspoiled island near Charleston, South Carolina, violence disrupts the tranquil scene when a dead man takes shape on her sketch pad. She knows nothing about the man, but the killer believes she witnessed the murder and sets his sights on Alex. After seeing her drawing, the police think she's involved, and the prosecutor fears a psychic witness will destroy his case. Now, with danger at every turn, she must uncover a killer before he destroys her and her loved ones.

Excerpt
Alex smoothed the paper on her board and took a number 2 stick of Payne’s gray from the box, gazing toward the water. The bleached skeleton of a tree lay on its side, smooth and ghostly in the fog. Thin light from the morning sun touched the trunk, giving it a shimmering, ethereal glow. She began drawing, selecting pastels without conscious thought. She worked steadily, intent on capturing the scene before her.
When she was satisfied, she replaced the used sheet with a fresh one and shifted so she could see the old pier. The last wisps of mist hung there, creating the image of a translucent walkway floating above the water. The fog hid the broken board—senseless violence. She sketched without thought, her hand moving automatically over the paper. The pier faded from her vision as her fingers flew. A face, swollen and distorted, took shape under the charcoal.
She blinked, startled by what she’d done. Not the mist-shrouded wooden structure, but a dead face. The face that belonged to yesterday’s body, so misshapen she couldn’t tell if she’d ever seen it. Shaken, she ripped the paper off her board and crammed it into her bag. Later she’d examine it, think about what she’d drawn. Now she wanted only to get away. She packed her materials and hurried from the cove, heading toward Chicora’s breezier ocean side to clear the images from her mind, to concentrate on happier things.
P.S. I've turned comments on again, but spam is overwhelming so I've resorted to the dreaded Captcha Codes. Sorry. I wish there were a better way.
Posted by Ellis Vidler at 8:42 AM No comments: