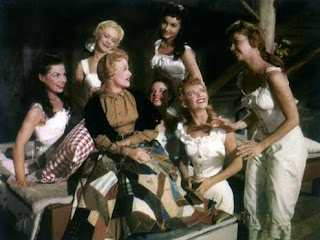 The use of pronouns came up on a list I read. As always, they’re viewed with mixed opinions. My main concern is that the antecedent be clear. I really hate to stop and have to figure it out or wonder who “she” is.

Overuse of proper names is equally distracting. You just have to read your work carefully and make sure it’s clear. If not, look for an interesting way to fix it.
When two or more persons of the same sex are present in a scene, the pronouns are difficult. Try to use descriptions to identify people or use the names more often. The tired waitress, the frazzled customer, the girl. Use dialogue instead of narrative so it’s clear who’s doing what. Review scenes with a number of hes or shes and see if the writing can be made clearer and more vivid at the same time.

Personal pronouns modify the last stated name. Be certain pronouns modify the intended proper noun. Joe and Bill raced around the track. He longed to leave him in the dust. Technically, this means Bill yearned to leave Joe, but the reader may have doubts, and it may not be what the writer intended. Try being a little more creative. Bill’s big Nikes kicked dust in Joe’s face. Joe hated coming in second—he yearned to leave the older boy in the dust, and one day he would. The context makes this clear, even with all the pronouns.

What are your pet peeves on pronouns? Do you have any good examples?
Posted by Ellis Vidler at 8:01 AM 1 comment:

The number of times I’ve left my warm bed at some wee hour to witness a celestial event . . . well, more than I care to count. Last night was typical—solid cloud cover, not a glimpse of the eclipse. My alarm went off at 2 and I grabbed coat, camera, and binoculars and went outside to a starless, moonless fuzzy sky. At about 2:30, without seeing a flicker of anything interesting, I caved. I did get a picture of the sky (lightened as much as Picasa allows) and a shaky picture of my neighbor’s Christmas lights.
I’ve spent hours lying on my back in a cemetery, watching clouds in the dark of night. Sometimes all I get is bug bites or frostbite. I am not lucky in these matters. A few years ago, a friend and I drove into the mountains looking for a dark spot to watch the Leonids. We took the inevitable  thermos of hot chocolate, a couple of lap robes, and wandered around till we found a dirt road leading into a dark field. After we’d sat in the car for an hour, a fist knocked on the car window--some guy with a gun over his shoulder wanted to know if we had a problem. After we wiped up the chocolate that went all over the blankets, we explained about the meteor shower (news to him). He seemed skeptical but left, back to his warm bed no doubt. For our sins, we saw lots of clouds. Not a single shooting star.
When my son was small, there was a time with lots of reports of UFOs in the area. He and I got up at two and sat in the back watching for them. We lit three candles, hoping to entice them to our yard, which wasn’t that big—certainly not big enough for the mothership, but we thought maybe a scouting party in a smaller craft might come by. After a while, Johnny suggested food. They might like cookies, he said, only we didn’t have any. All we found were saltine crackers, but he added a glass of tea. The aliens never showed.
That was long ago, but I’m an optimist, at least about some things. So I woke my grandchildren and two dogs in the middle of the night, and, miracle of miracles, my husband, and set out on another celestial hunt. It was freezing cold, but we had hot chocolate and blankets, drove into the mountains, and spread out on the ground. We saw maybe three shooting stars.
The most (and possibly only) successful night came when Hale-Bopp passed over the mountains around . I drove out with my cat in the car (what can I say? I like company), found a dark mountaintop, and waited. And there it was, right on time, right where it was supposed to be. I even have pictures, if I could find them.
Really, the return on investment is out there with sending query letters.
So, what are you doing January 3?
2011 Meteor Showers,
The next meteor shower is the Quadrantids on the night of January 3. The shower has a sharp but brief peak, with few meteors on the nights before and after. The Moon is new, so it won’t interfere with the shower’s fireworks.
Name / Date of Peak/ Moon
Quadrantids/ night of January 3/ New
Lyrids/ night of April 21/ Rises after midnight
Eta Aquarids/ night of May 5/ Sets in early evening
Perseids/ night of August 13/ Full
Draconids/ night of October 8/ Sets around midnight
Orionids/ night of October 21/ Rises after midnight
Leonids/ night of November 17/ Rises around midnight
Geminids/ night of December 13/ Just past full
NOTES These are approximate times for the Lower 48 states; actual shower times can vary. Bright moonlight makes it difficult to see all but the brightest meteors.
Posted by Ellis Vidler at 10:56 PM 2 comments: