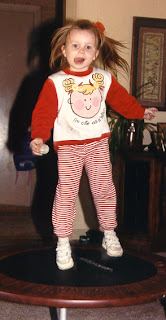 I've often heard the term used in a derogatory tone, and to be certain about its  meaning, I looked it up. The best explanation came from ArticleWorld.org .  Ah, a standard set of plots, characters, and so on. Yes, I've read many. I still dislike the word. It's in the same category as "literary." Literary is often used to imply that other styles of writing are somehow lacking in quality or generally unworthy.  Then again, used by genre writers, "literary" may mean plotless. (I've heard it described as self-absorbed and about as exciting as watching paint dry.) We seem to need something or someone to look down upon--one of our less desirable human traits.
Considering the number of books on the market and how many I read, I'm bound to recognize elements of the story. So does that make the book formulaic?  Perhaps, but that doesn’t necessarily cause me to reject it. What allows me to overlook the commonplace, what sets many of them apart, is the writing. If it flows well and the characters are believable and likeable—or at least interesting—I'm halfway there. Sometimes the plot falls apart for me—too many convenient events that don't tie in to the story, as if hurled from the heavens by a capricious diety solely to cause problems. Still, I've read many a good book that others consider formulaic (always described with a little disdain).
How far down into the story do you have to go to decide whether a story is formulaic? Take this as an example: Boy meets girl, boy loses girl, crisis occurs, boy gets girl. There's a formula that's been used more than once, but is it bad? The treatment of the story, the setting, and the characters can make it all seem new—something to read with pleasure and enthusiasm. You could go down another layer and see if there are still tried and true (or tired and overworked) secondary characters and situations. But it can still be fun to read. It depends on the pacing, the way the story unfolds, and how much we care about the characters.
For me, the biggest challenge to my reading pleasure comes in the second phase—boy loses girl. The conflict is often artificial and contrived, but I think it's that old round hole thing—writers are forced to shove and squeeze their oddly shaped stories into that rigid mold. If it's formulaic, who can blame them? How many ways can you create enough conflict to keep apart otherwise sensible people who are attracted to each other? Personally, I'd like to see a little flexibility in that one. A little more credibility and realism would be a welcome change. Shakespeare handled it well, but I like happy endings. How often can a theme be used before it becomes trite? Is frequency the only measure?
In the good sense of the word, formulaic may be just what you're looking--a certain kind of story. Sometimes I'm in the mood for something in particular, and I that's what I look for. There are days when the windswept moors of Wuthering Heights appeal to me, and I want that kind of story. Or I need to laugh and I want something in the vein of One for the Money. A certain amount of predictability is good.
I'll admit some books are so familiar that I can't remember whether I've read them before. I don't usually finish them. But I find "formulaic" applied to many that seem quite good to me. I'd have to go several layers down to reject a book because it's been done too often. Maybe I just don't have a discerning eye.
Every genre and just as many mainstream and literary stories follow some basic  theme or idea. Does it bother you? Do you see it? Do you look for something totally different? Do you consider many books formulaic?
Posted by Ellis Vidler at 8:03 AM 3 comments: