A Blessing or A Curse?

Ah, yes, social networking. Is it a huge time-suck or a pleasant diversion? For me it can be both. Like many writers, I started participating to get my name out there and have an Internet outlet for some promotional material. And it was a chore. Some of the forms still are for me. Twitter and I will never be compatible. But I love Facebook. (Word to the wise: Internet privacy is a myth—if you don’t want it made public, don’t put it out there. Chances are sites like Spokeo or Pipl have already published much more information about you than Facebook anyway.)
As I got used to some of these short exchanges and began to find people I honestly enjoyed, it became fun. Now I don’t pursue it so much for promotion (though there’s certainly some of that) as for the pleasure of occasional conversations with people I’ve gotten to know. Most of us gravitate toward people with whom we share interests, and there are many among the writing community. I’ve developed a sincere appreciation for some of the friends I’ve made on Facebook. The number of friends, distant cousins, and former schoolmates on there is amazing. I don’t have a huge number of friends, but I keep adding as a name or some mutual interest comes up. Time limits are essential for me. I could spend hours if I let myself.
I’m getting better with Goodreads, another one I enjoy. An avid reader, I love talking about books, hearing others’ opinions, and discovering new titles and authors. Even though books may strike us quite differently, other readers often point out things I missed or hadn’t considered. It’s enlightening.
I belong to a few user groups or lists too, and feel that I know many of the people who post on them. They’re generous with what they’ve learned and always supportive. We share successes and . . . disappointments (I won’t say failures, because we’ll all try again). It’s nice to know there are people who understand.
How do you feel about social networking? Do you enjoy it? Can you control the amount of time you spend on it? That’s the hardest part for me. I’m in awe of those who can dash off a coherent blog in thirty minutes.
Another note on gerunds
One reason people object to gerunds may be the time factor, which is often missed in writing. The action in the main clause must be happening at the same time as the action in the introductory gerund phrase. (While the subject was) is sort of lurking in the wings. It's understood. (While she was) Running through the woods, she found a body.
The gerund phrase can’t logically be completed before the action in the main clause begins.  Crossing the room, he unlocked the door won’t work. If you add the (while he was), it’s easy to see why it doesn’t.
Posted by Ellis Vidler at 10:17 PM 10 comments:

What's so bad about gerunds?

I know gerunds are frowned upon, but I’ve never understood why. They’re useful. They change the rhythm and add variety instead of having all the sentences sound the same. Turning the corner, she spotted the dog. "As" isn't warmly received either, which is another way you could write it: As she turned the corner, she spotted the dog. Reversing it is awkward: She spotted the dog when she turned the corner . Then there’s She turned the corner and spotted the dog. That’s fine, but how many of those sentences in a row do you want to read? If you avoid them, why do you do it?
I’ve heard gerunds are considered weaker, but that’s not much of an explanation. My theory is that gerunds are a bit scary and people are unsure about their use. It’s those dangling participles: Running down the street, the rock tripped her. No, the rock wasn’t running down the street. The gerund phrase must modify the subject of the main clause. Running down the street, she tripped over a rock. Not great writing, but it’s correct. She was running; the rock was stationary, at least until she tripped over it. Or maybe it’s the possessives sometimes needed with gerunds. But that’s another blog for another day.
Using --ing in progressive verbs is a different matter. In those cases, it depends on the context. He was crossing the street when the car hit him. The sentence has a different meaning if you say He crossed the street when the car hit him.
A gerund is a participle used as a noun. It can be the subject of a verb: Crying over spilled milk won’t put it back in the glass. Or Jogging is hard on the knees.  A participle is when the verb form is used as a modifier: The burning house lit up the night sky.  Or it can be progressive, a part of a verb phrase: The thief is running from the police.
I like gerunds and will continue using them until I find a good reason to stop. Do you have one? I’d really, really like to know what it is.
Posted by Ellis Vidler at 9:40 PM 16 comments:

This is a story I’ve read and heard about for years (you probably have too), but not even Snopes can really confirm it. It doesn’t matter; it’s still a great story. In a discussion about brevity, someone bet Ernest Hemingway he couldn’t write a story in six words. He took the bet. This is the story attributed to him.
For sale, baby shoes, never used.
Can six words bring you to tears? They can me. At least these six words can. This story has images, pathos, tragedy, and despair. It shows, it doesn’t tell. It’s a magnificent story. Hemingway is also supposed to have said it was his best work. I might argue with that, but it’s certainly a powerful work.
Based on Hemingway’s words, someone put together a little book about life in six words. (I really need to find the name and get a copy.) One that stuck was “I still make coffee for two,” by Zak Nelson. Another poignant tale.
Okay, got off my duff and looked for it. Here’s a link to the book on Amazon. (Since I looked, the Smith Magazine site has gone down--thanks, Donnell, for letting me know.)

It’s all there, making this blog completely superfluous (maybe not entirely—how often do I get to use that word?).
Have any you’d like to share? I’m thinking but to no avail.
Posted by Ellis Vidler at 7:32 PM 12 comments:

We all know the opening line is the most important sentence of the book, followed by the first paragraph. It must hook the reader, make him want to know more. It has to be relevant to the story, not just an intriguing opening. The opening ought to show a change, usually unwelcome, in the current situation.
The hook also tells the reader the kind of story to expect and shows the style and pace of the book. If your style is terse and fast-moving, the hook should reflect it. If you have a soft, poetic style, then the hook should show it.
How do you feel about first lines? What do you look for? What do you think about these? 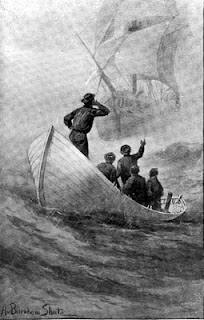 1.   Call me Ishmael.
2.  Scarlet O'hara was not beautiful, but men seldom realized it when caught by her charm as the Tarleton twins were.
3.  Nathan Rubin died because he got brave.
What are some of your favorites?
For me, the best opening lines show something that implies conflict or a problem. They’re lean and uncluttered. It’s too tempting to cram a whole setup into that first line—I’ve read many where the writer succumbed. I have too, but I try to go back and include only what (I hope) will intrigue the reader, only what will compel her to read on.
I admit to a prejudice against opening with dialogue. It seems to float out there like a helium balloon. Who said it? Why should I care? I really want to know who’s speaking and have some hint of mood or situation. But if the beginning is dialogue, it needs to go somewhere fast. Cut any meaningless stuff like “How are you?” or “What did you do today?” How about “I have AIDS.” It certainly indicates a problem, but I wouldn’t stop there, because alone that could be anything from an inspirational memoir, a love story, or the opening of a murder mystery.
Instead, maybe, “I have AIDS—the question is, where did I get it?” Nigel’s breath came in short, hard gasps as he waited for his wife’s answer. Skip the opening stuff that tells the reader Nigel got home later than usual, and Selena, his beautiful wife of four years, met him at the door.
I’d start with Nigel and his breathing. Nigel’s breath came in short, hard gasps. “I have AIDS . . .” He waited for his wife’s answer.
Those opening lines are from
1.       Moby Dick, Herman Melville
2.      Gone with the Wind, Margaret Mitchell
3.      Die Trying, Lee Child
Posted by Ellis Vidler at 8:01 AM 15 comments: