Through the character's eyes 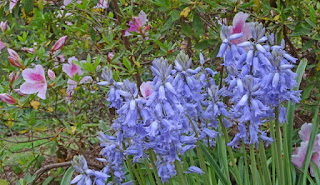 Unless you use your author voice as a narrator in your story, general wisdom says the narrative should be written in the voice and through the eyes of the viewpoint character. The reasoning behind this is first to avoid confusion for the reader. The character doing the thinking should always be clear. Second, using a single POV per scene should make the reader’s experience stronger and help generate stronger feelings for the character.
Point of view gives us insight into the character. Narrative should show us the world through the character’s eyes and experience. Avoid showing things that character wouldn’t know or notice. A child wouldn’t walk into a living room and describe the red silk upholstery on the Louis XIV settee. A man who’s lived his life at sea is unlikely to rattle off the names of the plants in someone’s garden, and if he does, the reader needs an explanation: Sam, still getting used to being on land again, paused to study the lush garden. He recognized azaleas and bluebells, favorites in his mother’s yard, but most were nameless. Colors rose and fell, red to pink to white and back again, much as the swells of the sea. Okay, not great writing, but it shows how Sam sees the garden and how it relates to his experience. 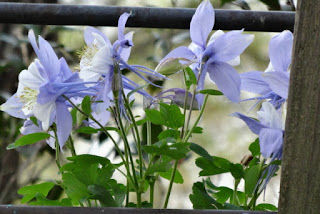 But if I wanted to show Sam being familiar with the plants and landscape features, I’d give him some background to explain it. Maybe he kept a worn book on gardening in his cabin on the ship and dreamed of solid ground and an English cottage garden. Or his mother owned a nursery and he remembered helping her plant similar flowers.
There are many ways to do it; just keep in mind who the beholder is and how the scene will look through the character’s eyes. What will be important or stand out? Tie the scene to the character.
Can you think of any examples where the narrative didn’t fit the character describing it? Do you do it? I have to go back and check, and often I have to make changes. I find I was the beholder, not the character.