I asked three excellent but very different authors to write a description of this picture. It's fascinating what they saw in the same face. Read them and enjoy the different styles. I think they're terrific.

TOUSSAINT
Riker ducked under the tiki hut overhang. “Barkeep. A beer.”
He slumped into a wobbly chair and took a drag on his cig, willing the nicotene to slow his racing heart.
A mug of beer appeared on the table. “Can’t smoke in here. You know that.”
Darby’s voice had the rasp of a two-pack a day habit, but she was right. He did know better. Leaning over, he stubbed it out on the dirt floor, pocketing the butt.
“You ever thought of walking out of this hellhole and never coming back?” he asked.
“Only about every minute of the day. You wanna be my Sugar Daddy?”
He barked out a laugh, sure an ex-con wasn’t anyone’s idea of a keeper. “You’re all right, Darb.”
She leaned in, expectation brightening her worried face. “Did you do it?”
“I did.” A boom rocked the island. Grinning, he reached for the beer.

IYER
The ballroom crackled with silence when he entered, a standout in his black shirt and jeans among the tuxedo-clad gents and polished ladies. A cigarette with a precariously long ash dangled from his lip, breaking hotel rules, I was sure. Something wild flickered in his weary eyes as he scanned the room, settling his gaze on the party’s hostess. Her spine straightened, and she sucked in a breath without expelling it.
I watched. So did everyone else as the lithe stranger strode to stand in front of her. Without a word, he removed the cigarette from his mouth, dropped it on the Persian carpet, and ground out the lighted end with his shoe. The audible intake of breaths increased when he swept her into his arms and kissed her with unrestrained passion. She didn’t resist. The host, who stood silently observing until this minute, stepped forward, then retreated.

STAGGS
He didn’t look much like the picture she gave me, but I knew it was him. The thin, sculpted face in the picture must have seemed handsome to her in a classic Greek way. Now, his skin, blanched of color, seemed stretched over sharpened cheekbones. His dark hair was neatly combed and parted then. Now his overgrown hair flopped like tossed salad, and he had the look of a man who slept in alleys. His sunken, dark-rimmed eyes told me he hadn’t found an alley for several days. I almost felt sorry for him until I looked in those eyes. They still had the sharpness of a predator, one who would focus in on a prey and take whatever he wanted, leaving the remains naked and stripped. He stripped her of everything and she wanted him dead. That’s what she paid me to do. That’s why I was there.
_____________________

ABOUT MAGGIE TOUSSAINT
Formerly an aquatic toxicologist contracted to the U.S. Army and currently a freelance reporter, Southern author Maggie Toussaint loves writing mysteries. She’s published four romantic suspenses and four mysteries, with Death, Style and Murder in the Buff her most recent releases. Her debut release, House of Lies, won Best Romantic Suspense in the 2007 National Readers Choice Awards. She’s a board member for Southeastern Mystery Writers of America.
Visit her at www.maggietoussaint.com, http://mudpiesandmagnolias.blogspot.com/, and http://facebook.com/MaggieToussaintAuthor#.
ABOUT POLLY IYER

Polly Iyer lives in the upstate of with her husband, a timid cat, and a drooling mutt who rules the household. Her books always have a murder or two―or three―romance, and at least one character who treads ethical lines. The titles are Hooked, InSight, Mind Games, and Murder Déjà Vu, and they can be found on Amazon. You can find Polly at http://www.pollyiyer.com 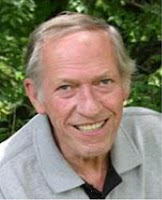 Mystery author Earl Staggs recently received his second Derringer Award for Best Short Story of the Year. His novel MEMORY OF A MURDER earned a long list of Five Star reviews. He served as Managing Editor of Futures Mystery Magazine and as President of the Short Mystery Fiction Society and has seen many of his short stories published in magazines and anthologies. He is a contributing blog member of Murderous Musings and Make Mine Mystery and a frequent speaker at conferences and seminars. Email: earlstaggs@sbcglobal.net Website: http://earlwstaggs.wordpress.com
Posted by Ellis Vidler at 8:19 PM

Thank you for including me in the picture group. I used the exercise to while away the hours as I drove home today.

I enjoyed reading Polly and Earl's subs as well. All different. All compelling.

Maggie, very interesting! I love these kinds of exercises, don't you? It's amazing, the different things you three saw in this man's face.
Cheryl

What fun! I loved the descriptions from my partners in crime. Excellent, Maggie and Earl. We should do this more often.

Thanks, Ellis, for coming up with such an intriguing idea.

What a great exercise! And you all wrote such vivid and different descriptions. Well done! Thanks, Ellis!

Ellis, this was a neat exercise. Hoe to see more of it in the future. Kind of like eye witnesses: they all see something different~

This was just too cool. It's a visual of that old one about giving an author an opening line.

This reminds me of the yearly Painted Sounds program the Atlanta Branch of NLAPW has each year. At one of our monthly meetings members (who are artists, writers, or composers) present a painting, poem, short story, song...the list goes on. They bring three copies of their creation; afterwards, members choose one or two of these copies to take home with them. During the next month they create their interpretation of the piece they've chosen, and present them at the next meeting. The variety is incredible--just as these three delightful pieces, inspired by a photograph, were.

I love these descriptions--each offers a unique view and tells a different story. Isn't imagination wonderful?
Thank you all for being here today. You provided a good lesson in what's in the eye of the beholder.

‘Such a good exercise and three examples of “showing and not telling” from different talented writers. I’m going to suggest we use this same exercise in my writers group in Puerto Vallarta.

Thanks, Ellis, for inviting me to join Maggie and Polly in this exercise. Fun, interesting, and revealing. Description is not my strong suit, so it was good practice for me. I should do it more often.

Your idea has sparked a lot of excitement. Thanks for thinking of it, and for inviting me to participate.

ps Cheryl, thanks for stopping in!

Great fun for a blog post! I enjoyed the differences and similarities in the stories. Well done.

Great idea and great stories from 3 accomplished writers. What fun to read such different takes on a single pic. Thanks for a fun start to my writing day!

Am I the only one who was tempted to try this? Here's mine:


I saw him every time I went to the Night Owl Cafe. Usually I pretended to be engrossed in a book. I’ll even admit I bought Camus’s The Plague to impress him. Significant, impressive. Not as well-known as The Stranger.
The night he came to my table I was actually reading – The Mists of Avalon. He slid into the chair across the small round table, asked if he could buy me a glass of wine. I smiled, nodded.
“I’ve seen you here before. You a student?” he asked, accent on the last syllable. I nodded again and finally managed a yes. Up close I found him even sexier. Curly black hair, 2-day beard, cigarette between his lips. He looked as if he spent most of his time in bedrooms, satisfying women. But his eyes. Set back under a powerful brow and thick eyebrows. Piercing, intelligent, a little scary. Irristible. I wanted them eyeing all of me, appreciating, soaking me in.
I stared at his cigarette, wanting to pull it out and fill the void with my lips. He asked questions. I remember telling him I was in Italy for my semester abroad and was only in Venice for the week. When he gently touched my hand and asked if I wanted to leave, my body answered for me. This sensual, enigmatic man would be my first one-night stand. Or just maybe he could be the one. His hand was cold; mine clammy. Maybe he felt it too.
We walked along the canals, chatting, laughing, hugging. Finally the kiss. I had imagined his full lips warm, hot on mine. But they were so cold. I pulled back and turned away, only glimpsing the sudden movement of his head and mouth before I felt two teeth sink powerfully into my neck.

WOW, I enjoyed the three blurb. Excellent with so much emotion, each in its own style.

What a great post. I loved Terra Mar's too. Now I have some more authors I want to read.

Terra, very nice. I like the hint about his cold hands too. I only allowed 150 words, but you have a good little piece of flash fiction there. Clever punch line!

This was a great idea!!! Loved the differences... thnaks for sharing it...Thelma Straw, NY MWA

Thanks for sharing, Ellis. I sort of went this way for the novel I'm working on now except that I had found a creative writing site that had 50 pictures with mini prompts or a question to prompt you to think about the situation for the particular picture. When I originally scanned the pictures, about 5 of them jumped out as being connected in one story so I'm using those to drive my story forward (at least, that is my hope and goal).

I loved the differences each author came up with which lends itself to how each of them approach their own writings. Kudos for that.

I'm reposting this blog to go up Monday morning with a bit of description of using pictures to drive my novel, Imogene: Innocense Lost, forward as I had been recently thinking on the lines of sharing more about that novel throughout the summer. See you in the postings and at the next meeting - E :)

Loved this post. What great stories each of you created. This was a good idea, and I enjoyed each version.

Elysabeth, I often use pictures when I write--for characters, places, whatever seems right. I have them taped on the wall near my desk, some not used but waiting for the right story.

What a fascinating exercise! I want to read more by all three authors in the stories triggered. Earl, my thoughts mirrored yours most closely, I think. I saw him as undead, though...