You want me to do WHAT?

My guest this week is Jerrie Alexander, author of the exciting debut novel The Green-Eyed Doll.
So I poured myself  into writing the book. I suffered, banged my head on the keyboard, went from being unable to sleep to refusing to close my eyes until the last sentence was written.
Occasionally, I tried to force my will on my characters, only to realize I had to allow them to tell their own story. After all, I was just a conduit, a means for the hero and heroine to get their story told.
I worked through critiques, beta readers comments, completed the book, and at last, my baby was ready to meet the world. I wiped the sweat from my brow and hit send.
Then the real work began.
The real shock came when I received my first edits! It's funny now that the bleeding has stopped, but the first time I read those comments and questions, I was stunned. Flamethrowers couldn't have damaged my heart any worse.
In my head, I knew my editor and I wanted the same thing, so I forged ahead. I went line by line, writing and rewriting, strengthening each sentence. Cutting out the waste and tightening the story. All the while, I was gritting my teeth and mumbling.
We emailed back and forth, as the second edits came and were completed. Then the final galley appeared in my inbox. My final read through.
Holy cow! She'd been right about everything. The writing was tighter, the story more compelling, and the emotions felt real.
Now don't get me wrong, this doesn't mean I won't react the same way next time. It's probably the most vulnerable I've felt in years. But I learned my lesson...the right editor is priceless.
THE GREEN-EYED DOLL
Catherine McCoy is on the run. For the past year, she’s been on the move, hiding the secrets and guilt in her heart. When she lands in small-town Texas and meets Sheriff Matt Ballard, he ignites a flame she thought lost forever.
Matt has scars of his own. He left the big city after an undercover operation went bad and his partner was killed. Now, as Matt hunts for a serial killer who paints his victims’ faces like porcelain dolls, Catherine becomes a safe haven for him. Two tortured souls finding comfort in each other's arms—until he uncovers her secret, and their bond of trust is broken.
When Catherine disappears, Matt races to find her, fearing the murderer has found his next green-eyed doll. But the killer has a surprise coming. Catherine will fight to the death before she’ll be a victim again. Will her determination be enough?
ABOUT JERRIE ALEXANDER
A student of  creative writing in her youth, Jerrie set aside her passion when life presented her with a John Wayne husband, and two wonderful children.  A career in logistics offered her the opportunity to travel to many beautiful locations in America, and she revisits them in her romantic suspense novels. 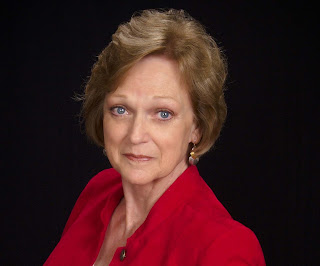 But the characters went with her, talked to her, and insisted she share their dark, sexy stories with others.  She writes alpha males and kick-ass women who weave their way through death and fear to emerge stronger because of, and on occasion in spite of, their love for each other.  She likes to torture people, make them suffer, and if they’re strong enough, they live happily ever after.
Jerrie lives in Texas, loves sunshine, children’s laughter, sugar (human and granulated), and researching for her heroes and heroines.

Jerrie,
I can just picture all you went through as you described your process. It's all so true, you painted it perfectly.

Your description of the killer painting his victim's faces gave me chills.

And you're right, the right editor is priceless.

Best of luck with the book, and now I have to read it to find out about your kick-ass heroine!

LA! Thank you. It was a learning experience for sure. I hope you enjoy the book. I appreciate you stopping by.

Ellis! Thank you for having me as your guest. I'm a big fan of your writing and am thrilled to be with you today.

Jerrie, as an editor as well as an author, I thank you for this post. LOL Well said, my friend. Whoot!

AJ, thank you for posting. The blood letting was needed but we were finished before I realized it. :)

Great description, Jerrie! I just went through a similar process last week. It was hard, but I love the result. The blood, sweat, and tears are so worth the end result!! I LOVE your book, btw!! Am on the edge of my seat waiting for your next one!!

Great description of the process, Jerrie!! I just went through it last week...after the blood, sweat, and tears, it was totally worth it!! I LOVE your book, BTW!! Am on the edge of my seat waiting for your next one to come out. Can you tell me what's next??

Amazing, isn't it, how we think our stories are perfect when we submit? We write, rewrite and rewrite the darn thing. We love it just the way it is. Then when we open those fist round of edits to see all the lines and insertions and comment boxes and it's like someone is peeling off our skin. Oh, the pain...

Jerrie,
I'm behind reading my TBR list, but your book is on it. Looks wonderful! Great blog and blurb :-) Much luck,
Diane O'Key
dianeokey.com
CHERISH THE KNIGHT

Congrats on your book, Jerrie. Those dolls still give me the willies!

Great post, Jerrie. I can't wait to experience this. Does that make me nuts? Oh, yeah. I'm a writer.:)
Ellis, love your writing.

Vonnie! I hear you..the pain is so worth it!

Terri! I hear you. I'll never look at a green-eyed doll the same!

Marsha, keep at it! You'll get there.

You're right about Ellis, and aside from being a great writer, she's an awesome person too!

Let's hear it for great editing! Thanks for the thoughtful post. We all relate! : )

Okay guys, I have to run out for a bit, but I'll be back with you soon!!

Jerrie, I'm so glad you're here today. Your editor had a great story to work with, so kudos to both of you. I loved The Green-Eyed Doll.

Thanks to you and Marsha--glad you like my writing. :-)

So true, Jerrie! The right editor is priceless. I'm going through edits on my next TWRP release right now, and it hasn't gotten any easier! A constant learning process, but the results are gratifyingly evident in the improvement of the story. Every email I open from my editor gets the same reaction: plummeting stomach, head-banging on the keyboard, fist shaking, and then yeah, yeah, wow, okay, you're so right. I adore her and so appreciate the help she's provided. Congrats again on The Green Eyed Doll!

Ellis, thank you for your support!!

Great post, Jerrie! As an editor, I can truthfully say it's not necessarily easier on the editor when a book calls for tough or extensive edits, but as a writer I know it's well worth every skin graft. lol Congrats and I must get this book!

Diane, Tara and Melissa! Sorry I missed to. Some errands can't be postponed. I'm back and have to say I truly appreciate each of you for stopping by! We'll bleed together!

Calisa! I didn't know you were an editor and author. You and AJ! Whew! Sounds like a lot of work to me. Well, here's an extra thank you to you both!

Hi Jerrie. I was on Goodreads yesterday and found that someone, a reviewer, had given Green-eyed Doll a 5 star review! Whoot! I'm so happy for you. I'm still waiting for the scars to drop off of my last book and worried that the next won't leave any skin at all. LOL!

I loved the Doll and am looking forward to the next two books, Jerrie! Sorry the editing and re-writing was painful, but for us avid readers, it worked out nicely:)
Ellis, thanks for the interesting blog today!

Lisa! That's a reason to celebrate. I'm headed over there now to read the review! Thanks for telling me!

Lisa! Thank you for telling me about the 5 star review!! That's reason for a celebration. I'm going to go check it out!

I hear you about the skin peeling off the bone!!

Thank you, Jackie!! Check back on Ellis' blog often, she has great posts.

Jerrie, your book sounds like it's right up my romantic-suspense alley. I agree with you about finding a good editor. That makes all the difference in the world, along with a couple of good critique partners. Best of luck with your coming releases and with The Green-Eyed Doll.

Great post, Jerrie, and so true. That editing process can be gut wrenching. Right now I wish my latest WIP was even at the submitting stage... so that I could tear my hair out again!

Polly! Thank you.I'm fortunate to have wonderful critiques partenrs! Couldn't live without them.

LOL, Nancy! I hear you. I am struggling with a new WIP. Getting the premise in my head and liking it has been a challenge this time! I'm waiting on 2nd edits with a different publisher and I don't wait well. :)

Thanks for dropping by!

I was over on fuonlyknew's blog and came to check you out and say hi. HI.

Thanks, Sherry. Welcome! Nice of you to come by. Lots of good authors and readers here.
Ellis :-)

All of your hard work and angst has paid off. Your killer chilled me and I want to meet him. In the book, of course:)