Fantasy and Imagination at Work

I’m interviewing romantic suspense author Maureen Miller, who has now added a SciFi YA, BEYOND, to her list. She’s an interesting woman.

Hi, Maureen. Who inspires you and why?
My inspiration doesn't necessarily come from a single individual or even a handful. I am inspired by other authors, by readers, by personal events in life, and by the news. Inspiration comes in unique packages for everyone. Watching a Praying Mantis move across a fence post inspires me. There is beauty and grace there, where others may see a bug. :)
Do you ever have qualms about giving the bad guys information or ideas? How much technical or tactical information do you or are you willing to include?
In my most recent novel, BEYOND, the book takes place mostly in outer space and the entire world is fictional. My technical information was restricted to the scope of my imagination. :)
What do you think of people who reveal confidential information, such as the SEAL who wrote the book about getting Bin Laden, or Princess Diana’s bodyguard? Right or wrong?
It is not something I would do, but I can't judge others. I am one of those 'loyal to a fault' type of people. I'm afraid to share a friend's recipe without getting written permission first! :)
When and how often do you write?
Not as often as I would like, but I reckon we all probably say that! I'm an early morning writer. I can solve world peace between the hours of 6-8am. By 3pm the eyelids grow heavier.
What inspired you to begin writing?
Long airport layovers! I used to travel for a living and spent way too much time in airports. Some people pass the time reading. Some pass it in the airport bar.  Initially, I read. But then I started wanting control of the paths of characters so I turned to writing. I used to reduce my Microsoft Word screen to 2x2 inches so that the people sitting around me couldn't see what I was writing. LOL
THE STORIES
I see that Endless Night is set on the coast during a nor’easter. Have you experienced one or is it imagination?
I have family in so I'm actually more used to hurricanes. But weather has always fascinated me.
How did you research the Guatemalan jungle for Jungle of Deceit?
Traditional internet research, plus I had friends who had traveled there for Habitat For Humanity. I'll admit, I was not too keen on the snake research. Thank God I was not crawling around in the jungle looking to dig some up! :)
Do you have a favorite book (of your own) or character?
I think my favorite character to date has to be from the new book, BEYOND. His name is JOH. He is a computer and he cracks me up. I had so much fun with him.
Which comes first, characters or plot?
Tough question. More often than not, the plot. For example, JUNGLE OF DECEIT was born from a simple paragraph I read in the news about a shipment of Guatemalan artifacts that were unearthed in the cellars of the …and the path those artifacts took to get there.
For BEYOND the plot was driven by a childhood fantasy I had to be whisked away from my backyard into space by Starbuck from Battlestar Gallactica! :)
Plotter, pantser, or in between?
I used to be a blatant panster. Now I call myself a skeleton writer. I will write an entire skeleton of a book, and then go back and fill in the flesh. :)
What’s the perfect atmosphere for your writing?
Quiet. I like the stillness of early morning. I can't listen to music as I write or else I'll stop and sing along. LOL
Describe the sort of people you like to write about.
In Romantic Suspense I like my characters to be a little desperate and out of their element due to whatever situation they have been thrown into. And in the gravest of moments I like my men to retain a sense of humor to put the heroines at ease.
Titles—hard or easy? Where did you get this one/most current/favorite?
The titles just come to me, and they have to come to me early because I need something to name the file I'm saving! You don't always have control of your titles though. For example, ENDLESS NIGHT was originally called VICTORY COVE but the publisher renamed it. I do like their thought process though, in that it tied in with a line from the book when Megan says, “That night was endless. It still hasn't ended.”
Thank you so much for having me here, Ellis!
Where to find Maureen A. Miller
Website - www.maureenamiller.com
BEYOND - www.Beyond-Book.com
JRS - www.JustRomanticsuspense.com
MAUREEN'S BIO: 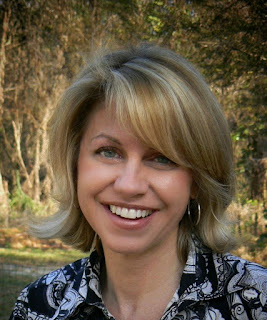 Maureen's illustrious writing career began in the fourth grade with the blockbuster hit, Super Watermelon Many years later, she evolved into a full-fledged Romantic Suspense author with her first novel, WIDOW'S TALE, which was nominated for a Golden Heart by the Romance Writers of America. A fan of the old Gothic romances, Maureen enjoys the formula of danger, romance, dark cliffs, and sinister houses. All these elements can be found in her romantic thriller, ENDLESS NIGHT. Maureen has now branched out into the Young Adult genre with her Science Fiction Romance, BEYOND.

Nice interview with different questions than usual and interesting answers by Maureen. I admire when a writer stretches into another genre and takes chances. Good for you, Maureen.

Thank you so much, Polly. It's scary and exciting at the same time. I feel like my little sci-fi muse has finally come out of the closet. :)

Thank you so much for having me here, Ellis!

I've enjoyed reading this interview, and knowing more about Maureen!
I didn't know that you started writing SciFi. I like the plot and would love to read the book as soon as I get my hands on it :)

Your writing covers quite a bit of ground. Does stretching a genre keep it interseting?

Muna, my dear, you actually came to mind while I was writing BEYOND. I discuss alien cuisine in great detail in the book. I thought, "Hmmm, Muna could stir this up into something delicious!" :)

I never grow tired of the Romantic Suspense genre. If I see signs that I'm starting to, I switch to a new geographical location and it opens up a whole new canvas.

I am enjoying my time away in Science Fiction land. I felt compelled to go there. But, I will revert to my roots in the end. :) Thank you for stopping by!

Incredible interview! You had some really great questions Ellis, and Maureen's answers were fun. I loved reading this and am happy to have now discovered Maureen and her books. My want to read list is growing!
Reading Time of Death right now!

Hi Laura. I'm so happy you stopped by. "Want To Read" lists are like a big bowl of spaghetti. You never think you can eat the whole thing...and yet, somehow we hit the bottom. :)

Maureen, I`m with you ... I have to have complete quiet when I`m writing, or it just doesn`t happen. Sounds like a great book. Best of luck =)

Thanks so much, Nancy. (Maureen said in a hushed voice) :)

Maureen, you were fun to interview. I have Endless Night on my Kindle and can't wait to get started. Best of luck with your books!
Ellis