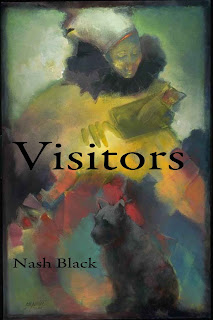 The dynamic duo that is Nash Black is my guest this week. The way Shakespeare uses clues is fascinating.
Shakespeare was a master of Elizabethan English. A vital aspect of that language was the language of flowers both figuratively and symbolically. Flowers and herbs conveyed a silent message to ordinary playgoers who filled the seats of the Globe Theater.
Using this basic means of show and tell, he created a classic scene of accusation when Ophelia distributes flowers from her bouquet around the throne room to the principles of Hamlet. The flowers convey meaning to each individual and symbolize the play’s themes of fidelity and betrayal, innocence and guilt.
To Hamlet she gives rosemary, pansies, fennel, rue, and a daisy.
She says to him, “Pray you, love, remember.” Is she asking him to remember her or are the words an echo of the ghost of Hamlet’s father, “...remember me”? Rosemary was used to strengthen the brain and it is followed by pansies which indicates thoughts or apply the Elizabethan name for the flower, heartease.
Fennel indicated flattery and it is followed by rue. “You must wear your rue with a difference.” Difference is a heraldic term, referring to coats-of-arms, which designate the joining of houses and lineages. She is telling him to have care against listening to false flattery. The last flower is the daisy the symbol for dissembling another warning against false speakers.
Laertes is the next recipient of rosemary and pansies. Telling him he should both remember and think or “...thoughts and remembrance fitted.” He is cautioned to have an open mind as to who is friend or foe.
Ophelia turns to the Claudius, the king, who fears the discovery of his fratricide. She gives him fennel and columbine which means thanklessness. It was often linked with kings who usurped the throne and can never rest again.
The Queen is the next recipient and Ophelia hands her rue. “There’s rue for you.” Rue is a bitter herb. It is an herb for funerals and prayers, hence having a dual meaning instructing the acknowledgment one’s sins and seeking forgiveness. The Queen must bear her own guilt, but is “left to heaven” for judgment.
One flower is missing from her bouquet. “I would give you some violets, but they wither’d all when my father died.” Her lament tells her audience that loyalty and fidelity have ceased.
Finally she gathers a crown of weeds. The coronet is crowflowers, nettles, daisies, and long purples (wild orchids). All were symbols of waste in Shakespeare’s time. Did her warnings fall on deaf ears?
Ophelia wasn’t insane as she has been portrayed through the centuries. Her words and actions are too precise to be the actions of an out-of-control mind. 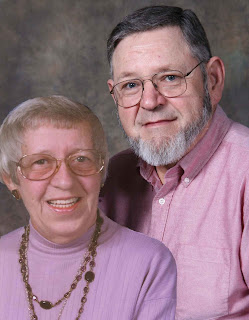 Was her death an accident, suicide, or murder?
_____________
Who is Nash Black?
Nash Black is the pen name for Irene Black and Ford Nashett. They create ghost stories and mysteries from their lakeside retirement home. Their most recent publications are Visitors (holiday story) and Sandprints of Death. You can visit with Nash Black on Twitter @Pennhand.

Visitors is a blending scientific and historical fact spiced with charm and imagination when a banished 12th century leprechaun finds a shelter in a mailman’s bag on Christmas Eve. Two ghosts and a mischievous sprite give an entire new meaning to the story of wisemen bearing gifts. Ho Jolly, Fella, and Frank Washington will live in your heart for all seasons. Visitors is available in e-book editions  or paperback. Just click on the links.
The cover art for Visitors is ‘Life Giver’ from a series by ML Carpenter, who created the wall art for the lobby in .
Posted by Ellis Vidler at 9:34 PM

Oh, I love the languages of flowers! Such fascinating stuff.

Me too, Nash. I grow rosemay and used to have fennel, but I didn't know what the fennel was for. Too, I love the cover of Visitors. It's beautiful.

What an interesting post. And how nice to put faces to the name of Nash Black. The cover struck me right away. Lovely and interesting.

This is an interesting article from well seasoned authors.
Una Tiers

I love the line, "well seasoned writers."
Thank you all.

Interesting post. I never knew about the language of flowers. That is fascinating stuff. And I, too, am glad to finally put faces to Nash Black. Nice faces. (smile)

Interesting article. I don't know what fennel means, but I like fennel in green tea. (Or is it chamomile?)

I have no idea how Ophelia died nor will I lose any sleep over it. I think we can consider this a "cold case".

Ooh, very intriguing! I'm so happy to learn more about the duo behind the name :) And I love Ellis' blog. Great to see you here!

The symbols of the flowers and herbs are fascinating. Shakespeare had many facets to his writing. We shouldn’t take anything at face value in his plays. Mr. Moore would be very proud of you.